**This was not a paid post. My honest opinions were used, they are solely my own & they may vary from others. I received two passes to the Ace Comic Con in Glendale in exchange for a review free of charge.** 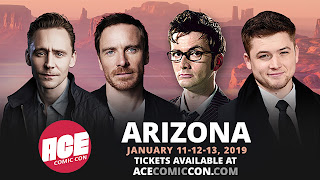 It doesn't matter what fictional world you are a fan of comic con is a blast for everyone! This past weekend a convention called Ace Comic Con was in Arizona at the Gila River Arena for three days. The comic con featured a large number of vendors, different foods, celebrity appearances with photo & signature ops plus is also offered everyone who loves to Cosplay a chance to dress up. Tickets were $65-$75 for a single day depending on which day you went on, $125 for a three day pass and they also offered photo ops, autograph ops and VIP packages that ranged in price from $65-$645 for packages. 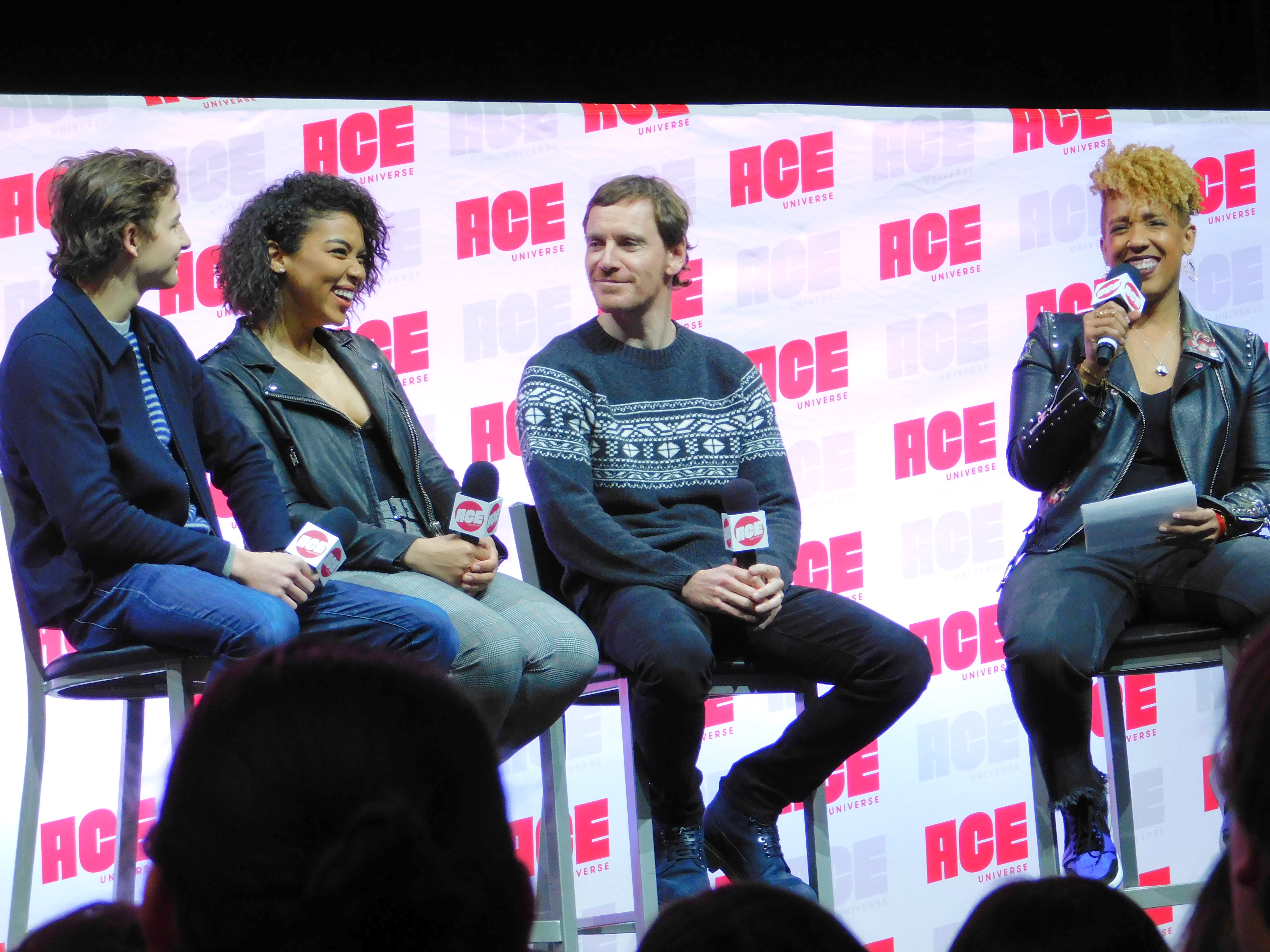 This year celebrity appearances included Tom Hiddleston, Charlie Cox, Michael Fassbender, Tye Sheridan, Alexandra Shipp, David Tennant & More. The nice thing about Ace was that you were able to attend all the Q&A's no matter what type of admission ticket was purchased, the first half of the session we were able to sit and listen to a small interview with the stars then the audience was able to line up and ask questions if they wanted to. The only thing I disliked about the Q&A we sat in was that there we so many speakers in such a small area that there was a echo making it hard to hear both the celebrity speakers, the host and the fans asking questions. The celebrity speakers on stage were having a difficult time hearing as well and had to ask many of the fans asking questions to repeat themselves due to the speakers. You never know what is in store for Q&A's, sadly I had to leave before he came on but when Charlie Cox (Daredevil) was on Tom Hiddleston decided to join him on stage for a bit. It was crazy how far some of the fans came to enjoy the con and see their favorite celebrities. 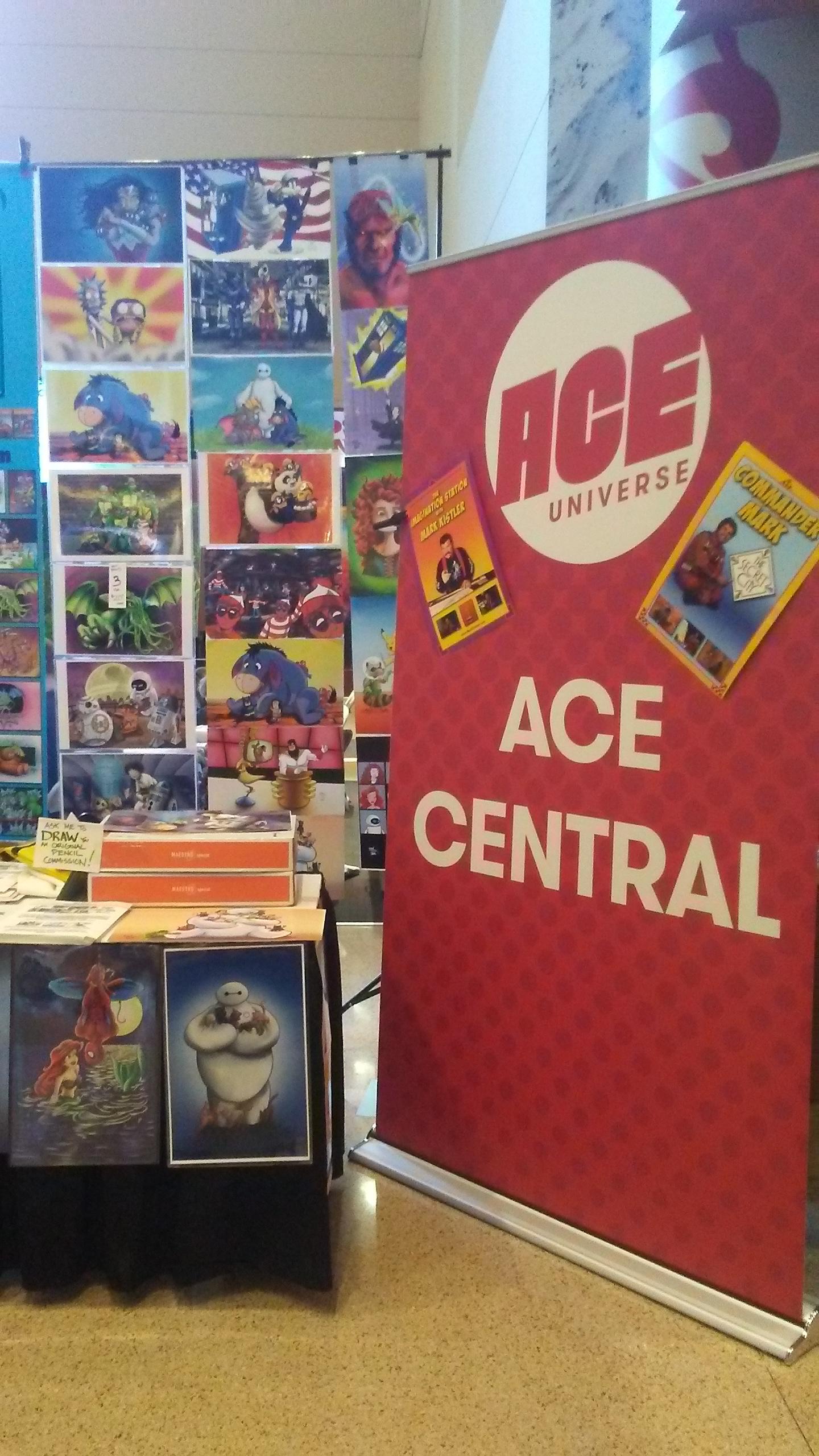 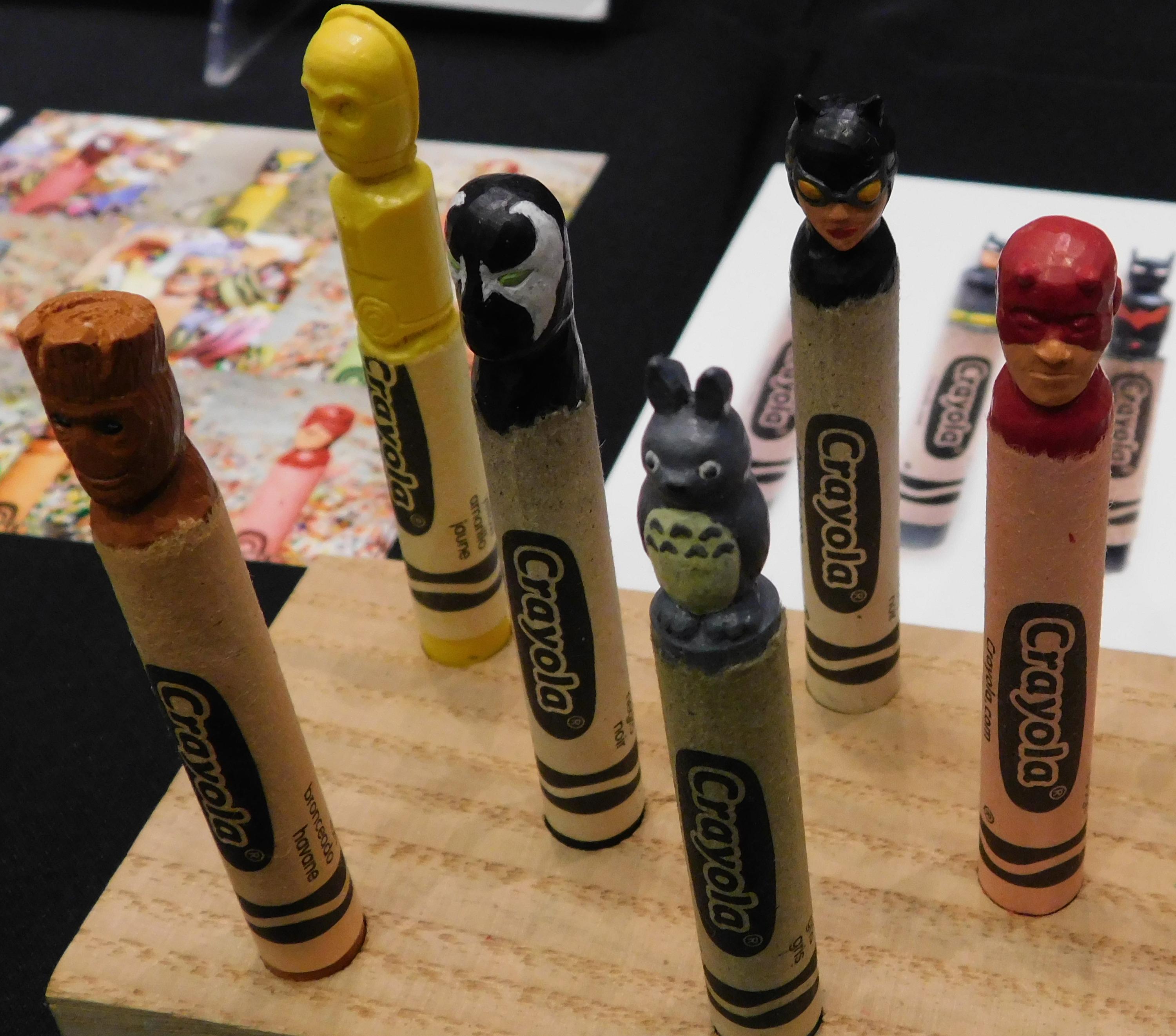 Along with Q&A's they also had a number of interactive shows and live performances with artists including a thirty minute drawing class with Mark Kistler, A trivia contest, A costume contest, A live crayon carving session with @Mumblestohimself (you may have seen his work on Instagram) and more. Vendor wise there was a ton of art work and comic books with some sculptures, stuffed animals, clothing and more. Each time we visit a con or similar events we always look for a print or a piece of artwork to bring home, this time was no different we picked up a cute Stitch sketch by Jonathan Hallett which will be going on our wall once we buy a frame for it. 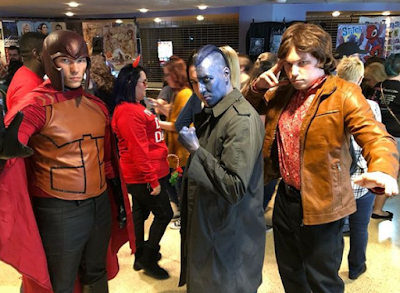 It was nice seeing the assortment of costumes at the con, there is always a mixture of people who do their cosplay's exactly as the characters are and then there are others who have fun with it and put a mix on the costume or come up with a character all of their own. I saw a mixture of costumes from video games, movies, and comics along with people in steampunk and renaissance wear, some handmade some store bought but all fun to see. Everyone has a great time walking around taking photos with each other and appreciating everything the con has to offer. My husband and I attended the event and decided to dress as some of our favorite X-men characters, we didn't get to stay nearly as long as we had wanted. I wore a pair of high heeled boots that went fantastic with my outfit, however I didn't think about the fact that I don't wear heels often so after about four hours of walking around I ended up with some giant blisters on my pinky toes and needed to get out of my shoes so we went home but we has a blast at the con and look forward to future Ace events. Last year Ace hosted events in only four states so keep an eye out for them to head to your state or a state near you! I will post on my FB about any upcoming events I hear about but for now it is only the Phoenix event they have listed on their site.