**This was not a paid post. My honest opinions are used (both good and bad), they are solely my own & they may vary from others. I received four passes to the center to see the newest Ninjago 4D clip for promotional purposes. It was provided by The Arizona Legoland Discovery Center & The Encore Agency for the review free of charge.**

Did you know that the Legoland Discovery Center locations have a small movie theater inside of them? I knew they had the movie area but until now I had never been inside of it and I was quite surprised how many people fit into the theater.

What is the difference between a 3D movie and a 4D movie? 3D movies are just a visual that make it seem as though objects on the screen are popping out and are close to you. During a 4D movie you get the same experience except they add in extras effects to make you feel like you are in the movie which can range from wind gusts to smells. 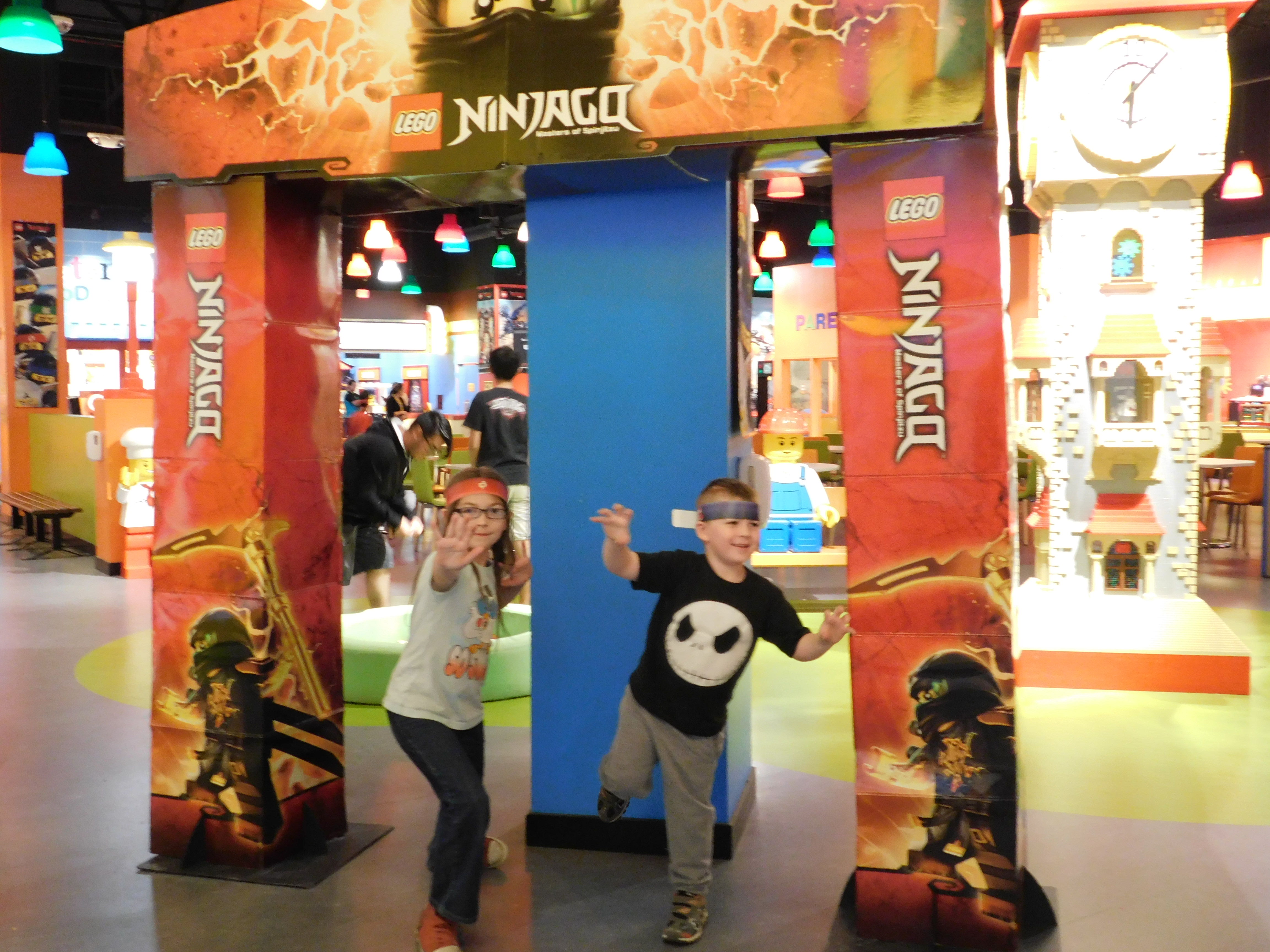 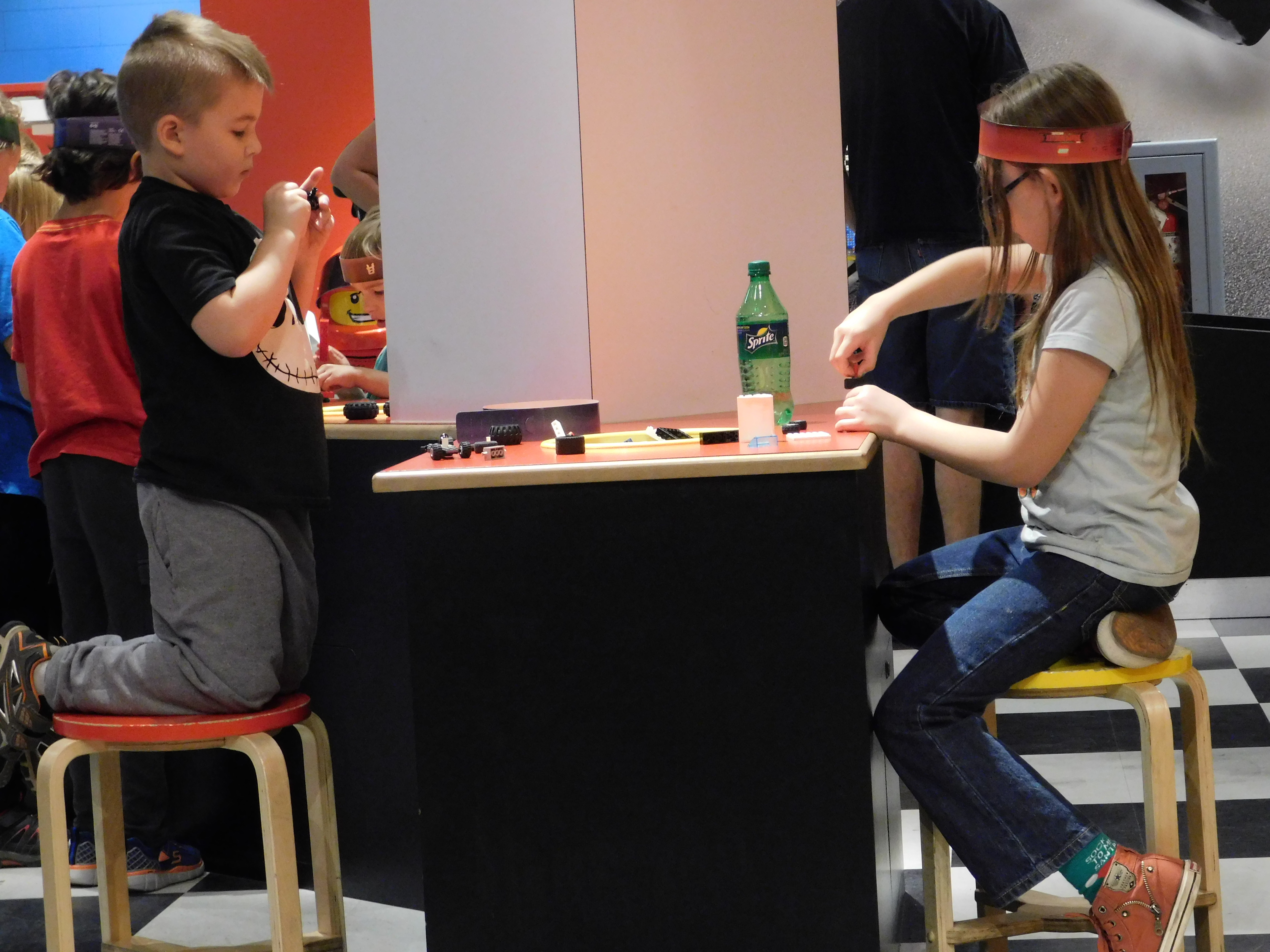 Normally on a regular day you can buy a Legoland Discovery Center pass and they show different 4D shorts through out the day and you get to see as many of them as you'd like. For the preview night we attended they were showing just the Ninjago short so we decided to go into the second showing a play with the Lego brick bins while we waited. 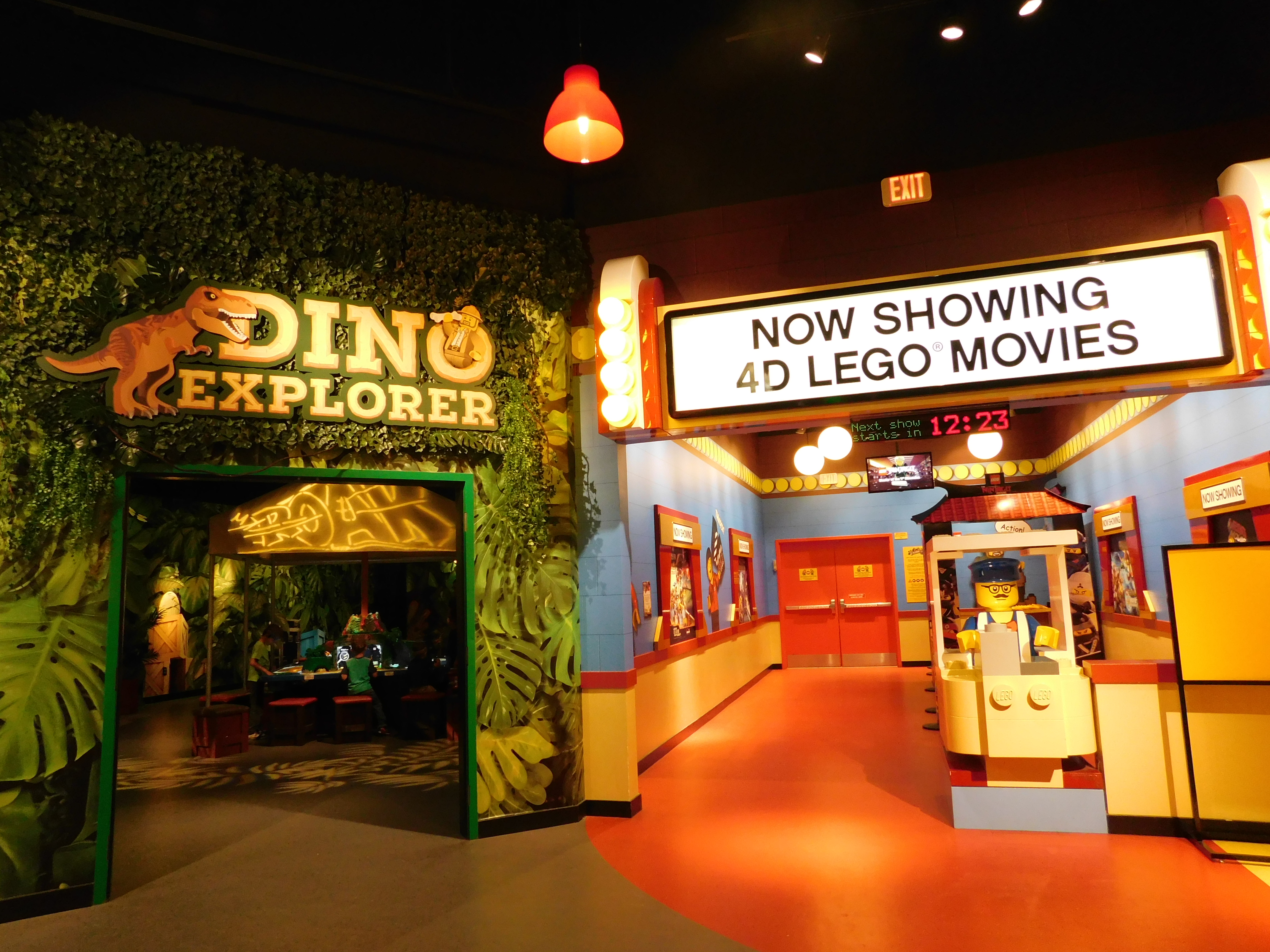 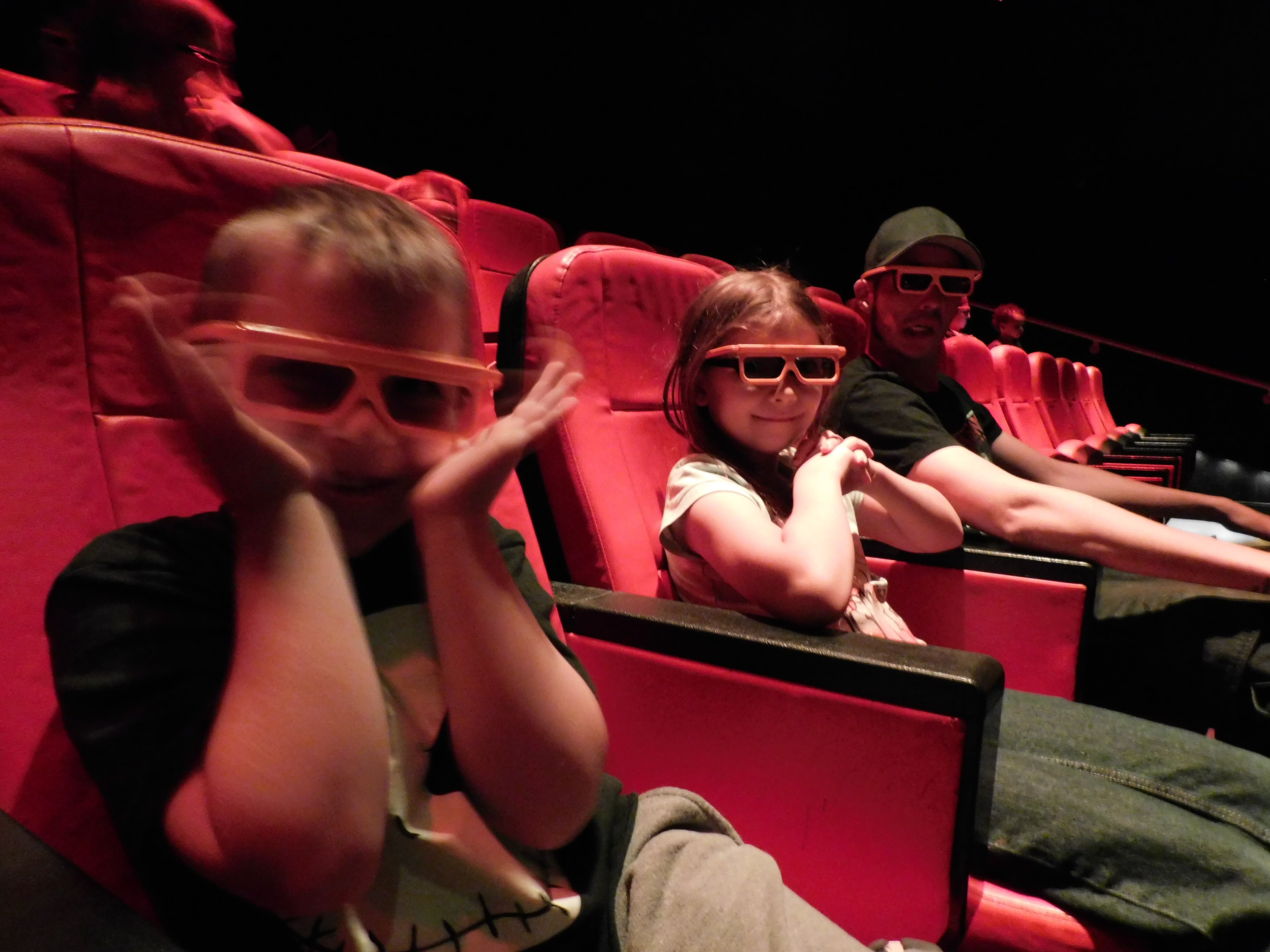 The short was about twenty minutes long which is close to the length of the Ninjago show so the kids were pretty happy. My kids have never been in a 3D or 4D movie before so they were both blown away, in fact my son kept trying to grab the objects that were popping out from the screen. What 4D effects did they add? During one scene they have snow that spreads out across the screen so they had two bubble machines pumping a small amount of bubbles into the room to make it look like it was snowing. They also had wind and some light water misting going on to match up with the short. Ticket prices into the center are $20 walk in or $15 if you buy them online before going.
Posted by Burning Moon at 9:28 AM