After a long anticipated wait Gears of War 3 from Epic Games is now available for purchase along with a Gears of war Xbox 360 & matching controllers.Gears of War 3 is a third-person shooter video game developed by Epic Games & was one of the most anticipated games of 2011.I enjoyed Gears of war great story line decent game play over all good game,I liked Gears of war 2 still great story line,Added game play I have put many many hours into Gears 2 with that said I Love Gears 3 it is one of my all time favorite games keep reading to find out why. Jumping into the game you experience crisp clear graphics,Smooth game play & as always the beloved characters Marcus Fenix & Dominic Santiago. Gears offers a fantastic two player game that my Fiance & I both enjoy so it is only Natural we play the game together from start to finish first thing I did on the Gears 3 Release date was head out to get my copy we put it in the Xbox as soon as I was home. The Gears team has really gone all out for Gears 3, If you played one of the first two gears you know how much of a pain chain sawing enemies could be if you got hit or stuck while starting up your chainsaw then after your enemy was killed your chainsaw would stop Gears 3 allows you to keep your chainsaw running killing multipule enemies at a time earning you achievements along the way.Having beat the game I can honestly say this is one of my top favorite games it has hours of entertainment,a fantastic story line though I was a little taken aback when one of my favorite characters in the game dies. Through the game you get to encounter some old enemies like the Tickers,Boomers,& Kantus but you also get to defeat some new foes which are the Savage Grenadier,Savage Theron,Digger Boomer,Locust Siege Beast,Kantus Knight & New Lambent enemies.A new aspect that has been added is Imulsion humans,Imulsion is a parasite which turns humans into a creature similar to zombies I enjoyed this because it was like playing Gears & another of my favorites Resident evil at the same time. 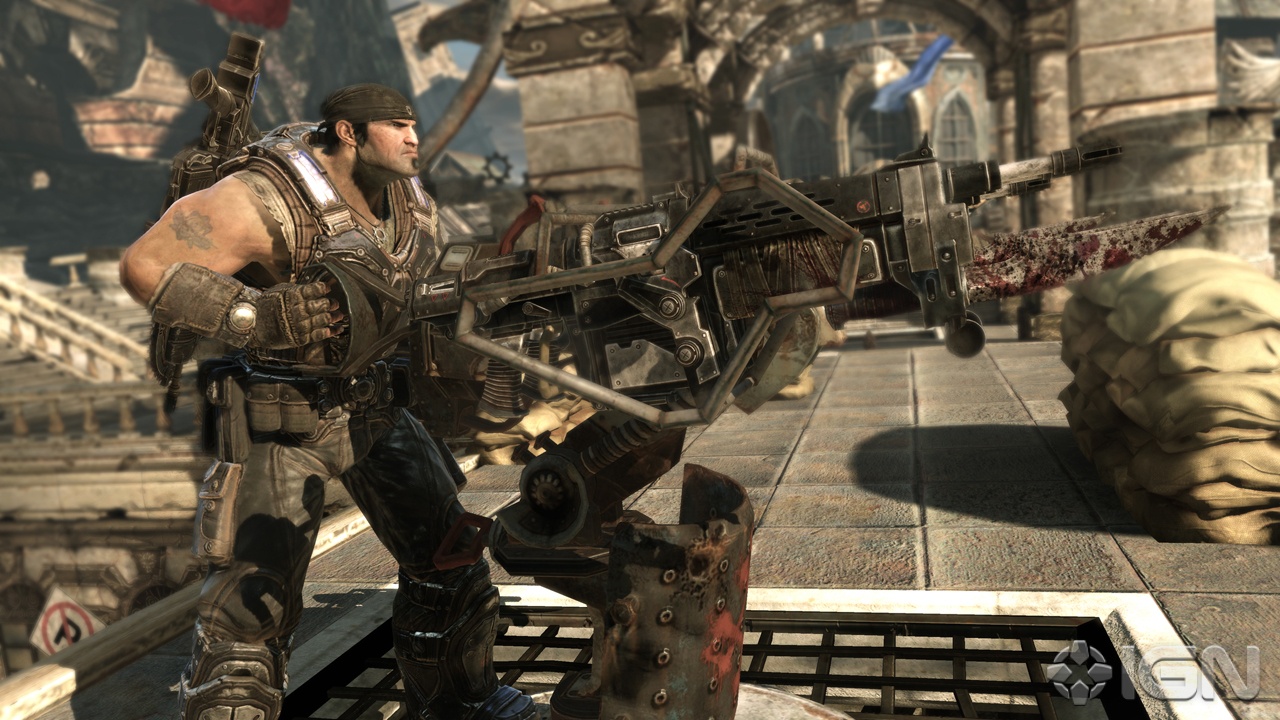 Other aspects of the new game play I enjoy are some new weapons which are as follows: Retro Lancer,Digger Launcher,Sawed-off Shotgun,Incendiary Grenades,The One-shot,Vulcan & The butcher's Cleaver.Gears 3 has added new playable female characters Samantha Byrne, Anya Stroud & Queen Myrrah whom all add some fun laughs to the game play because of their dialog,There are also new maps & fun new games[Such as Beast mode where you get to play as the Locust creatures not to mention their new experience,cash & award system unlike the other Gears games you can Level up,get Weapon skins,Earn money in Horde to buy barriers,turrets,decoys & more while also buying upgrades for the items purchased you gain money by how many kills you get,items destroyed & more. When I first heard about their cash award system & how you have to buy ammo in Horde I thought I wouldn't like it but having played the game I do really enjoy it I am glad they added it in,It proves a little more of a challenge because if you run out of cash you can only buy small items so you will have to save up to buy upgrades.Asking my Fiance what the first thing he would bring up about the new Gears game to someone who had never played it his response was 'The speed & camera angles were amazing I love what the creators have done with the new game they put a lot of though & effort into the game working out kinks & glitches to make a fantastic game into something mind blowing we plan on playing this game over & over again." There are Tons of unlockables which are all part of the fun,If your into any kind of war,shooting,or similar games I would suggest checking out Gears of War 3 I have a feeling it will climb its way to the top in no time.I could honestly talk about this game for an hour or two but that would be a Huge blog post,So I tried to point out the main differences in Gears 3 compared to the first two along with what I liked most about the game.

I know my post was a little all over the place but I am excited about this game there is a lot of great features to talk about.I would like to point out this is Not a paid post,I did not receive a free copy of this game & I was not compensated in any other way for this review.I personally went out & bought my own copy of Gears of War 3 my fiance & I play a ton of video games,with Gears being some of my favorite games I wanted to share what I thought about you.The next game release date I am looking forward to is the release of Batman: Arkham City.
Posted by Burning Moon at 9:53 AM